Our objective is to make good orchestral music accessible to musicians as well as music enthusiasts. In addition to the established repertoire, we look for opportunities to perform – and on occasion, commission – works by local composers. Bayshore Music Project is a 501(c)3 non-profit organization of volunteers, both amateur and professional, who share our dedication to bringing affordable orchestral music to audiences in western Washington. 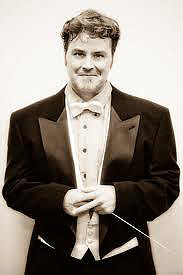 Trevor began violin studies at age 5 and studied privately with Martin Friedmann and Denis Zsigmondy. He has performed in a number of regional orchestras including the Seattle Philharmonic, Bellevue Opera, Everett Philharmonic and the Octava Chamber Orchestra. In addition, he continues to perform regularly as a professional violinist with small ensembles throughout the Seattle area. He works as Conductor and Artistic Director of the Mukilteo Community Orchestra and has had the opportunity to step in as Guest Conductor for the Octava Chamber Orchestra. He is committed to bringing both standard classical orchestral repertoire and less familiar works to the musicians of the orchestras he works with and the broader community of musicians and audiences. 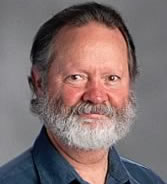 An accomplished performer, Chip Bergeron holds Bachelor’s and Master’s degrees in cello performance. He has played in many orchestras including the Fort Worth, Texas Symphony and Opera Orchestras, The Bogota Philharmonic and National Symphony of Colombia, the Bellingham Symphony, and has toured internationally with the Mantovani Orchestra. 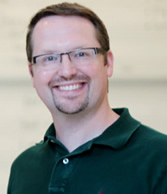 Bayshore’s second Artistic Director and Conductor (from 2012-2014) was Travis Sipher, who continued the work of our founder, to build a unified symphonic ensemble. Travis has a degree in cello from the music program at Western Washington University, where he recently completed his teaching degree. He served as assistant conductor of the Eugene Community Orchestra and has taught orchestra in area schools. Travis accepted a new position in Olympia, WA in 2014. 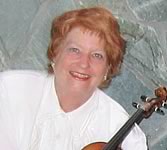 Kathleen Ash Barraclough founded the Bayshore Music Project in 2004 and was its Artistic Director until 2012, bringing it to a remarkably high level of performance. Her skill and knowledge served the Music Project well. She was a professional violinist who performed nationally and internationally as a soloist with a number of orchestras and also was the founding director and conductor of two local youth orchestras.

Kathleen lectured on various topics including the music of Bela Bartok, baroque violin ornamentation, and the art of conducting. Bayshore was very fortunate to have her leadership and experience to guide us in our early years.

Your contributions, which allow us to purchase music, and
acquire rehearsal and performance space, are tax-deductible and
deeply appreciated. (You need not have a Pay Pal account
in order to use Pay Pal to make your contribution.)

Thank you for your support!